Hide Search
Home / Topics / Gift Guide / Planning a Party: How to make it personal, set the scene and tell a story 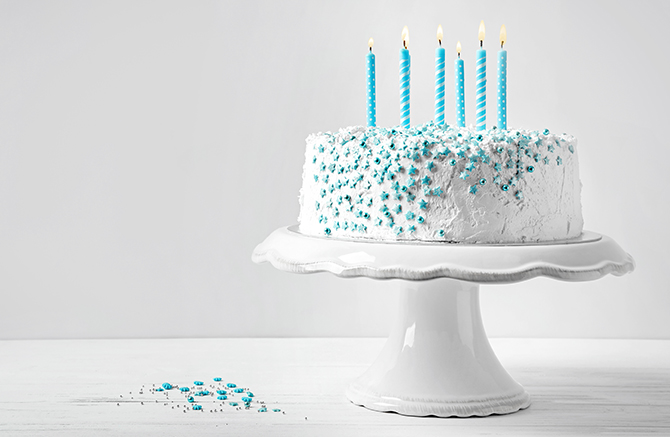 A perfect party is one that’s filled with family and friends. This was a priority for Tilly Barr when she started planning a surprise 90th birthday party for her father, Jelle. To make sure everyone important to him could be in attendance, she began sending out invitations six weeks before the party. “I wanted to make sure his second family, which is his church family, could be there,” she says. “I knew the majority of guests would be from his Sunday school class.” About 70 guests ended up attending, consisting of a mix of church friends and family.

Making sure everything felt personalized for her father was also important to Tilly. One way she accomplished this was by in some way representing all of the places he has lived, a part of his history of which he is very proud. The flags of the Netherlands, Indonesia, Japan, and the United States were included on his birthday cake and also prominently displayed on the wall. Tilly also hung a special picture of her father on a warm sunny day, sitting on the deck of Mike Linnig’s restaurant in Louisville, a spot that reminded him of growing up in Indonesia. “While we were there, he told me, ‘I just love it here. This is like my Indonesia.’ So I took that picture of him being in ‘his’ Indonesia.”

Out of all the events of the day, one moment stood out: the surprise. Jelle had no idea what Tilly had planned, so he was shocked when he walked into a room full of people celebrating him. “He could not comprehend it. Even the next day he could not work it through that that just happened,” Tilly says.

Theme played a major role in the party celebrating Bob Rumple’s retirement from Duke Energy. After dedicating 42 years to being a lineman, it only made sense for the party to be decked out with all of the items Bob had grown accustomed to seeing every day. Bob’s wife, Debbie, says, “We had insulators we decorated with, and Bob made little utility poles and strung wire from pole to pole so it looked like you were driving down the road.” A quilt Bob’s sister made from 42 years’ worth of Bob’s Duke Energy uniforms and other clothing was also on display, along with wire spools that held Bob’s boots and hooks, hard hats, awards, and other items he had collected over time.

When asked about the best part of the party, Bob and Debbie both immediately answered, “the people.” Since Bob had worked with Duke for so long, it was no surprise that his party was filled with all of the people he had met and befriended along the way. “We had lots of people. We counted about 160. Lots of Duke Energy [employees] past and present, lots of friends and family,” Debbie says. The gifts Bob received really showed how well his friends and family know him. One particularly special gift came from one of his supervisors, who brought 42 Mickey Mouse insulators and set them up on a table to spell out “42 yrs.” Bob and Debbie’s love of both the industry and Disney made this an extra thoughtful gift. With all of the great gifts, themed décor, and guests, it ended up being the perfect party for Bob. “It was very personal,” Debbie says. “It was all about Bob.”

A Party that Tells a Story

Telling the story of her parents’ marriage was the goal of the 50th anniversary party Rachel McWhirter threw in August. Through pictures, inside jokes, and unique activities, she was able to celebrate the past 50 years of their life together. For a visual representation of their marriage, she used old and new pictures. “We had tons of old family pictures from the time they were dating to current — kind of through the years, starting with them and ending with them and all the kids and grandkids,” Rachel says. To represent their hometown, all of the beverages were displayed with chalkboards adorned with the local nicknames of each drink, such as “mud soup” instead of coffee. In order to give the guests a chance to show their love and appreciation for the married couple, Rachel had the idea to give everyone a chance to speak. “We did an open mic where people could come forward and share memories,” she says. “Everyone was crying, everyone was laughing. It ended up being good.”

As someone who is no stranger to planning parties, Rachel knew that in order for this party to be great, she needed to be organized while planning it. “A big thing for me is a timeline, I do everything in a timeline and give myself short-term goals that I need to have done,” she says. She also made sure to include her parents in the planning. “I asked them their opinion on who they wanted to invite, what kind of food they wanted to do. I wanted them to feel comfortable in the atmosphere and for it to be things they were familiar with.”

What to Include in the Planning

Ina Miller of Ina Marcella Events is an expert at planning these kinds of celebrations. After years of planning parties and learning what works and what doesn’t, she has a lot of great advice for anyone considering throwing a milestone party. According to Ina, the key to a successful party is to make sure it’s personal for the guest of honor. “Build in that emotional aspect. Make it personalized for that person,” Ina says. This can be done in many different ways, such as displaying old photos, playing songs that have a special meaning, or decorating with a theme that is specific to that person.

Another important piece of party planning is preserving the memories. Milestone birthdays, 50th anniversaries, and retirement are all significant events that you’re going to want to be able to remember and share the memories with younger generations. The best way to do that is through photos. “You’re going to have those photos after an event to look on and remember,” Ina says. “It’s a thing you can keep with you forever. Your memories can fade, but the photos are still there.”

In the end, the most important part of planning an event is to remember that it’s something that’s supposed to be fun. “Make sure you’re having fun doing it. Make sure it’s just as enjoyable for you. The person you’re doing it for will appreciate it more if you’re not stressing out over it.”

Read more about things to do with the special people in your life here.

Technology is everywhere. We use it in health care