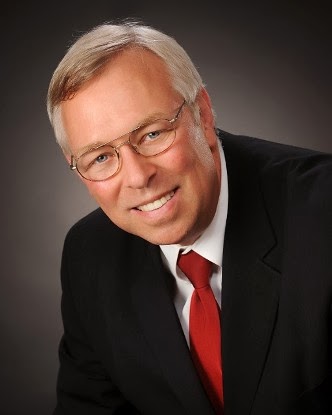 Our society surrounds us with a great cloud of enticement. Wherever we turn, we confront the claim that happiness is just around the corner, a matter of having more or better or newer things. The father of American capitalism certainly endorsed this creed. John D. Rockefeller, when asked what would make him happy, is said to have replied, “One dollar more.” Our economy relies on such unstinting desire. In the sad aftermath of September 11, 2001, when many Americans, stunned with grief, seemed to lose their taste for spending, President Bush personally urged the public to get up and go shopping.

But special prompting is not ordinarily necessary. We need only peruse the pages of any popular magazine. Each advertisement is a window on a parallel universe, where beautiful and apparently happy people invite us to share the pleasures that expensive cars, new clothes, and shiny hair can provide. The siren call of these voices is so ubiquitous that we hear them in our dreams.

It is not only property that we grasp and hold. We may cling to many things: our security, our self-image, the sense of being “in control,” the overpowering conviction of being right. We prize respectability, the desire to be thought better than we really are. We even cling to our own miseries.

How difficult it is to let go of an injury, a shameful memory, or anxiety about the future. What would it mean to let go of all this?

It might begin with an act of forgiveness, a decision to erase the mental rally of ancient wrongs and unpaid debts. It might involve the tranquil acceptance of circumstances beyond our control or the recognition that not everything has to be perfect. Insofar as we define ourselves by what we lack, letting go might begin with an expression of gratitude, some gracious acknowledgement of all we do have and how much we owe to others. Ideally, what is left after we have let go of our attachments is a kind of poverty. Call it what you will — emptiness, freedom, simplicity. This is the way to happiness.

A powerful quote by Anthony de Mello about learning to let go that has recently profoundly influenced me is: “If you look carefully, you will see that there is one thing and only one thing that causes unhappiness. The name of that thing is Attachment. What is an attachment? It’s an emotional state of clinging caused by the belief that without some particular thing or some person you cannot be happy.”

The peril of this passion for “new and better things” is the moral of dozens of children’s tales. Among these is the fable of the foolish fisherman and his wife who, as a reward for sparing the life of a magical fish, are granted their heart’s desire. What should they wish for? They begin with modest improvements in their circumstances: a larger house, a pretty garden. But their desires quickly escalate, assuming ever more extravagant forms. The house gives way to a mansion and then a palace. Ultimately, nothing satisfies them. They reach too far, the bubble bursts, and they are restored once again to their humble origins. The key to happiness, we may infer, is not to have all that you desire but instead to desire (or better, to be satisfied with) what you have.

Letting go of our attachments is not a form of tightfisted austerity, the spiritual equivalent of a crash diet. On the contrary, it is a matter of relaxing our grip. By the same token, spiritual poverty does not translate into any arbitrary standard of living. Ultimately it refers to where our treasure lies. And where our treasure lies, there will our hearts be also.

Does your food need a bump up on the healthy scale