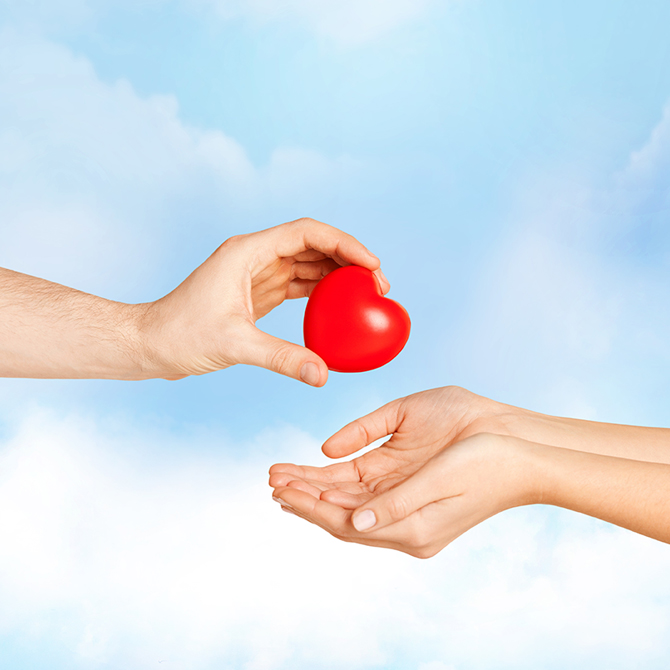 A few years ago, when Sara Smith was helping serve supper to children at the Dare to Care Kids Café with other church volunteers, she met a teenage girl who relied on the evening meal program. Sara, a retired school teacher, also learned that the girl was behind in school.

“Right away, I said I had to do something,” Sara says. “Here she was, 14 or 15 years old, and she didn’t know what most children would know even in the second or third grade. It was just a shame. She was just there by herself. No one else was attending to her. I thought, ‘Well, I better be doing something.’ That started it.”

Sara’s experience with the Dare to Care Food Bank program made such an impact on her that she rewrote her will directing a bequest be made to the charity. She contacted the organization to let them know her plans and had a meeting with the development officer. “It seemed to me that leaving money to people who were much wealthier than I was didn’t make sense,” she says. “So I will leave everything to Dare to Care.

“I would in no way be described as wealthy. I wanted to focus on something that I [was involved with] personally and something that is fundamental. The relief of hunger is certainly most fundamental.” Sara is not alone in her philanthropic desires. Americans — individuals, corporations, foundations, and bequests — gave $335.15 billion to charities in 2013, with individuals giving the lion’s share at 72 percent according to the National Philanthropic Trust. Even if you have moderate means, making a gift from your estate to a charity you care about can make a difference.

Here are some basic steps to take:

Ask yourself: “What do I want my legacy to be? What do I want to leave behind?” This will give you a chance to evaluate your passions in life. People have different reasons why, when, and how they give gifts to organizations and not-for-profits.

Do your homework and make sure the charity that serves the cause you want to support is legitimate. Go to Charity Navigator to research the organization, its financial situation, and its effectiveness so you know you are leaving a legacy to an organization that is doing essential work.

Reach out to your lawyer, accountant, financial advisor, or banker. Tell them, “This is what I want to do. How do I accomplish it?”

The simplest way to gift money to a charity is to name it as a beneficiary on your financial instruments – life insurance, certificates of deposit, annuities, IRAs and other retirement funds. You usually don’t need an attorney to make these designations. These non-testamentary transfer accounts (Payable on Death, Transferable on Death) are outside of your will and do not go through probate. If you have forgotten who your beneficiaries are, contact the issuer to get your beneficiary declaration page.

Tell your children/spouse that you plan to give to a charity. That way there will be no surprises and it will lessen any possible future hard feelings or contests to the will.

Let the charity know your plans before you are gone so they can carry out any specific wishes you might have, such as setting up a scholarship in your name. Also, charities like to contact the children and family after you pass to acknowledge the gift and say thank you.

You can set up a private, named fund or make a general donation to the cause of your choice at the Community Foundation of Louisville, which is a grantmaking public charity that brings together the financial resources of individuals, families, and businesses to support nonprofits in the Louisville area. It has more than 1,200 charitable funds and each year distributes more than $30 million in charitable grants.